As early as June 16th, summer water leasing began this extreme drought year. Six leases were implemented by July 1st, followed soon by 3 more, in order to help sustain rearing habitat for juvenile coho and steelhead. The amounts leased ranged from 0.25 cfs to 1.3 cfs. At many sites, these instream additions of leased irrigation diversions doubled the existing flow.

Most of the transactions occurred on French Creek and its tributary, Miners Creek, with another on Sugar Creek – usual summer locations for the Trust due to their priority for supporting the threatened coho salmon.Two others were done on the upper Scott River, an atypical location for our summer leases.

The upper mainstem Scott River ended up this year being the location for most of the coho spawning activity due to the extreme low flows created by the record drought. Typically, these coho adults migrate through the mainstem on their way to the westside tributaries for spawning, where cool summer rearing conditions are more favorable. With over 2,000 coho spawners laying eggs in the Scott’s 10 mile-reach, helping sustain flows for their young-of-the-year in the mainstem became a new priority for the Trust.

Check back soon
Once posts are published, you’ll see them here. 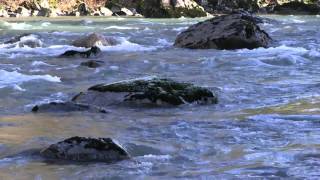